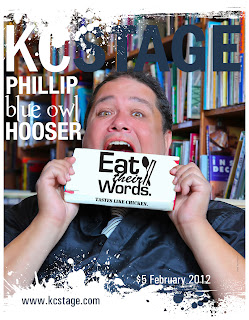 This article appeared in the February 2012 issue of KC Stage

Top-Rated Professional Shows (20 vote minimum)
Top-Rated Community Shows (25 vote minimum)
Top 5 Rated Academic Shows (2 vote minimum)
Congratulations goes out to River City Community Players, who’s production of The Wedding Singer won not only top-rated community show but also got the coveted spot of top-rated show overall. Reviewer DeborahBuckner wrote in her review that the RCCP “offered a fun romp through the 1980s,” and that the two leads “display a fun chemistry as Robbie and Julia move from friends to something more.” Reviewer natesapper wrote, “This was easily the best community theater performance I’ve ever seen.”

Meanwhile, the Kansas City Rep’s Cabaret received the top-rated equity show.“ Cabaret is an event from the beginning at the Kansas City Repertory Theatre,” I wrote in my review of the production. “From the ushers with cabaret style hats on to the velvet red curtain and small candle-lit tables on the front row to the costumes (the oh-so-excellent costumes, especially for the Kit Kat girls – I just wish the Kit Kat boys’ costumes were just as sexy) and the blocking in-the-round, the show helps you believe that you’re not in 2011 in a theatre but in the 1930s in a cabaret club.”

The predominance of Fringe Festival entries in the top-rated professional shows definitely exhibits a growing trend to how this festival not only keeps growing each year, but just keeps offering better and better opportunities. As reviewer Guildenstern wrote, “There were several good shows at the Kansas City Fringe Festival, which has become a fountain of new and original works, but the one that blew me away was the awkwardly titled Super Spectacular: To Opera With Love by a pair of extremely talented Minnesotans.” This winner of the top-rated professional show is also the one I would have to pick as my favorite out of the many shows I saw in 2011.

Another Cabaret won the top-slot for top-rated academic show, this time by Shawnee Mission Northwest High School Theatre. Reviewer lovethestage wrote, “Incredible acting. Powerful voices. Leads were believable and caused me to care about what was going to become of them.”

As with last year, we sent out the call to some of our regular reviewers and contributors for their thoughts on the 2011 year in performing arts as a whole. Reviewer tragicomedy wrote, “Two shows are tied for the number one spot in my mind. August: Osage County and Caldwell’s Bomb. Both had richly developed characters thanks to the playwrights as well as the actors. I would pay to see them again.”

Dr. Felicia Londre wrote, “My vote would have to be for the show that got my biggest emotional response, the one that elicited both tears and laughter as well as the exquisite pleasure of hearing familiar (brilliantly written) lines so well performed: Noel and Gertie. Robert Gibby Brand’s Noel Coward was deliciously witty with his masterful timing and pitch-perfect comic line delivery – and, oh, the poignancy when he teared up over losing Gertie! You can go to the theatre for years in hopes of seeing a show that gets to your heart the way that one did mine.”

Guildenstern added, “I did not see nearly enough shows this year, but I was definitely impressed with Journeyman Theatre’s ambitious rock musical Generation Why, which was unfortunately over-shadowed by the opening of the Kauffman Center. I was also happy to finally indulge myself in Richard Wagner’s Ring Cycle thanks to live broadcasts from the Metropolitan Opera in New York. The final opera, Götterdämmerung, debuts this month.”

KC Stage listed around 480 performances in 2011. This year, we didn’t have a clear winner for the “Annie Award” (for the most produced play), as three plays (Cinderella; Almost, Maine; and Thoroughly Modern Millie) each were produced three times, which was the most. Congratulations for having such a wide variety of options this past year.

KC Stage’s listings of top-rated shows are based on the ratings and review system on our website. Anyone can rate and/or review any of the shows listed on kcstage.com. You do need to register with us, but that’s to help limit ballot-stuffing – and it’s free. If you really want to speak your mind, write a review as well.

If you’re with a performing arts organization, don’t forget to encourage your audience members as often as you can – online, at the box office, even in the curtain speech – to go online to www.kcstage.com to rate your shows. The more votes a show has, the more likely it will be included in the top rated show listings.

We’d also love to hear from you. Write to editor@kcstage.com with your thoughts on our Top Rated Shows. 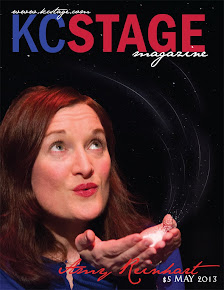 Welcome to OFFSTAGE, the KC Stage Blog, offering links to arts news and content throughout the Kansas City region. If you enjoy our blog then please subscribe to KC Stage to get all the benefits; including discounts on tickets to your favorite shows, chances to win free tickets, comprehensive coverage of local arts, and the best performing arts calendar in the city.